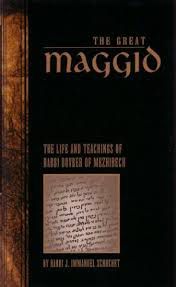 Rabbi DovBer, known as the Maggid of Mezrich, was widely recognized as one of the most extraordinary figures of his generation, yet the details of his life have long been a mystery. Among historians, his greatness has been overshadowed by that of his master and teacher, the Baal Shem Tov. Now, for the first time, Rabbi DovBer is the subject of a thorough scholarly account of his life and works.Under his leadership, the excitement generated by the teachings of the Baal Shem Tov was consolidated into a structured, cohesive movement. Philosophically, too, the Maggid developed and elucidated the seminal wisdom of his illustrious predecessor, which was later further developed in the philosophic system of the Maggid's disciple, Rabbi Schneur Zalman of Liadi